A Glimpse of the Old West – Paintings by Robert Hagan

The old west has always been a fascination for many ever since the days of the first hollywood westerns.
Its allure lies, perhaps in the untouched beauty of an unexplored country. Clear streams running through green pastures spread as far as the eye can see. Herds of cattle, thousands strong, being maneuvered by a handful of riders. The crossing of a ford. The campfire underneath a starry sky. Images all, of quaint times gone by. Robert Hagan’s paintings capture the allure of the west wonderfully. His impressionist style lends a rustic feel to his works. In his paintings he depicts the life of the quintessential cowboy. He also gives a particular focus to the majesty of untamed stallions roaming the prairie. Flying though the grasslands with the wind through their manes.
And the sensuality of a lone woman dipping her feet in a shallow stream at sunset. All these and many more, lost scenes captured and preserved in the beautiful paintings of Robert Hagan. 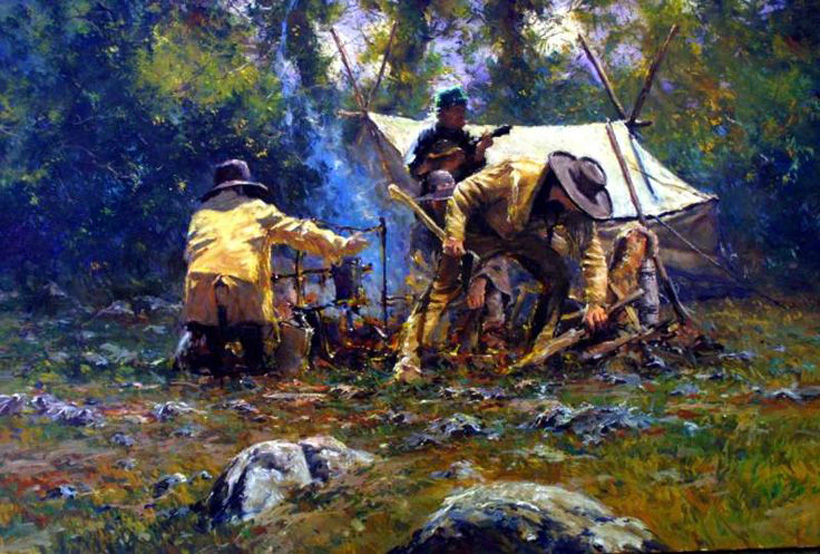 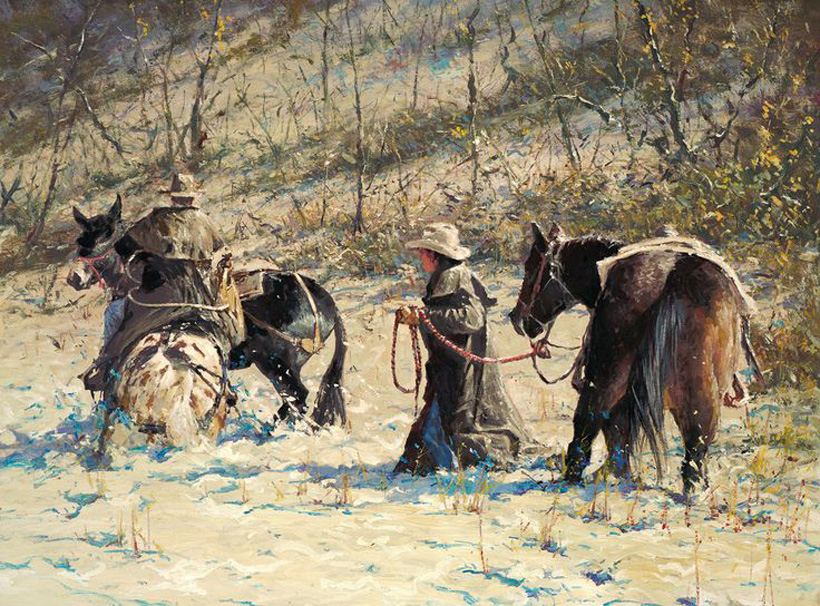 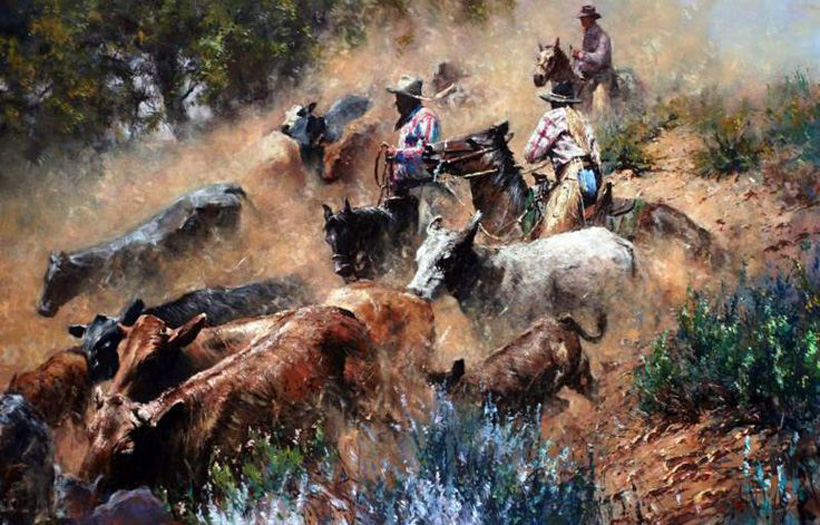 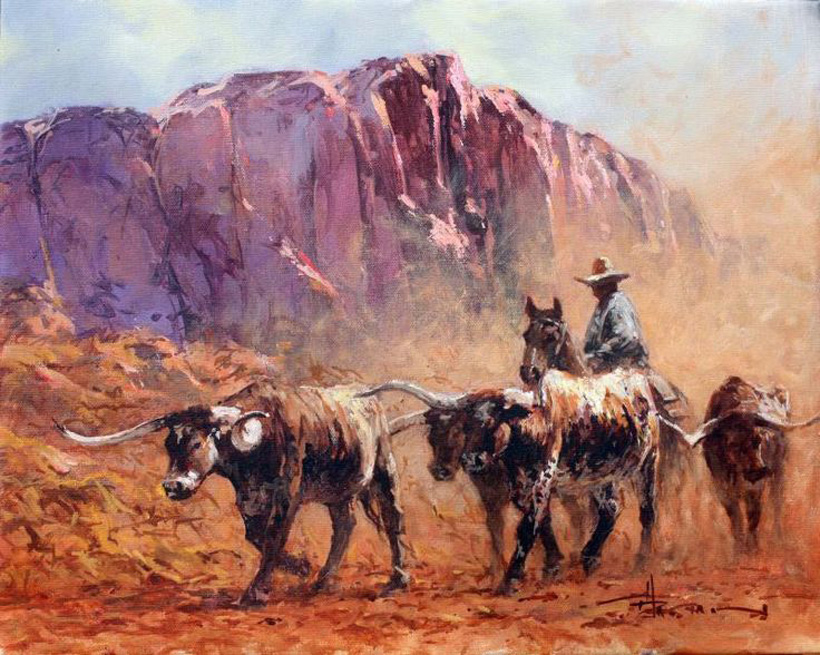 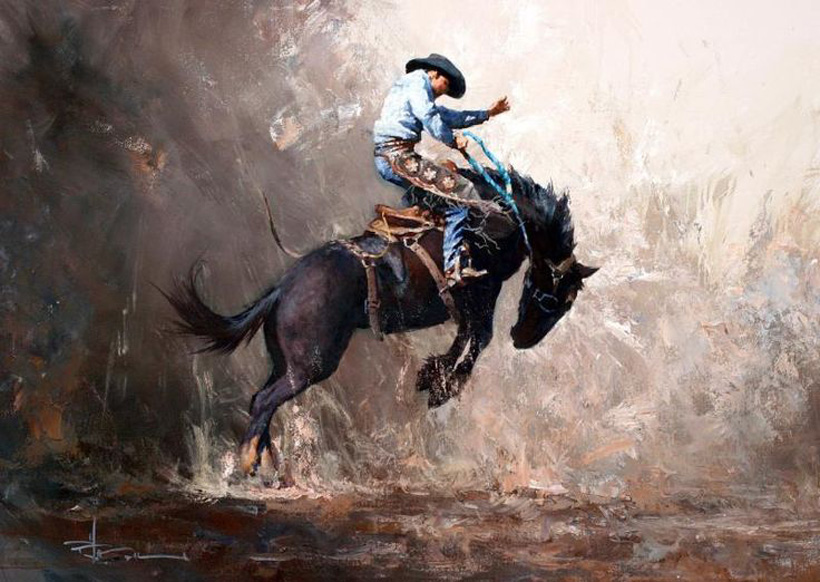 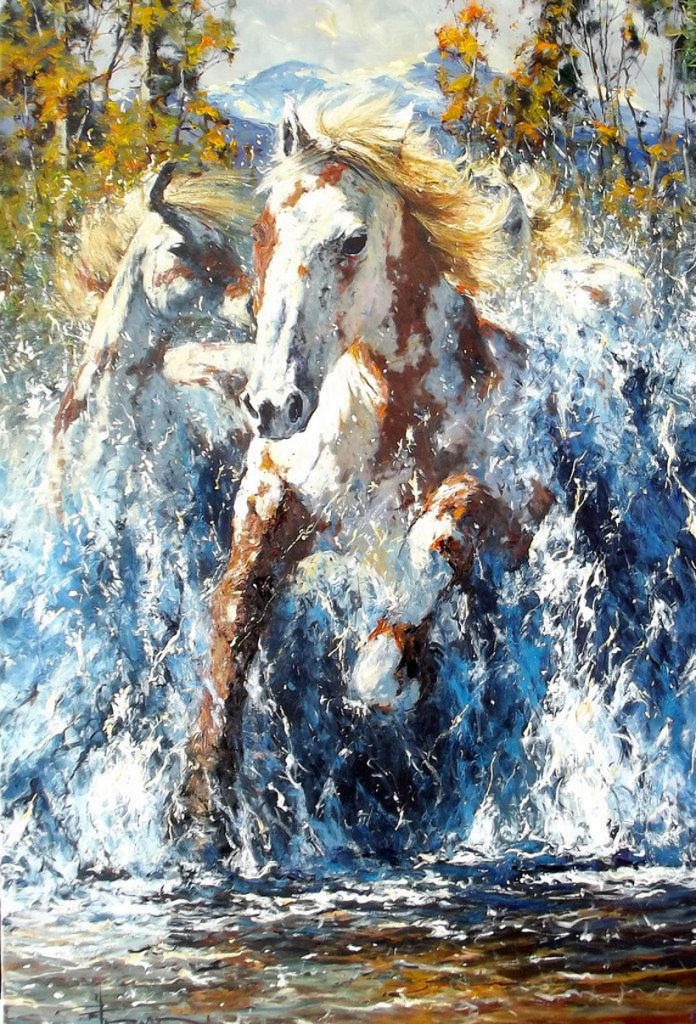 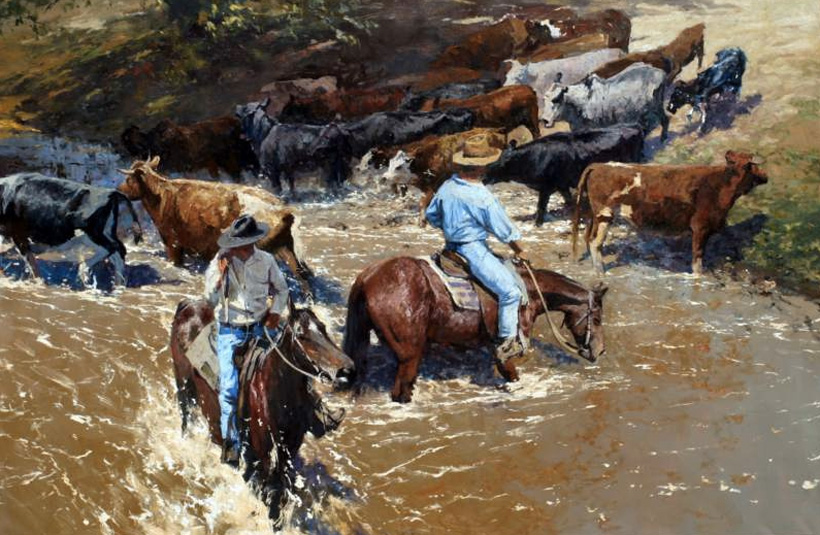 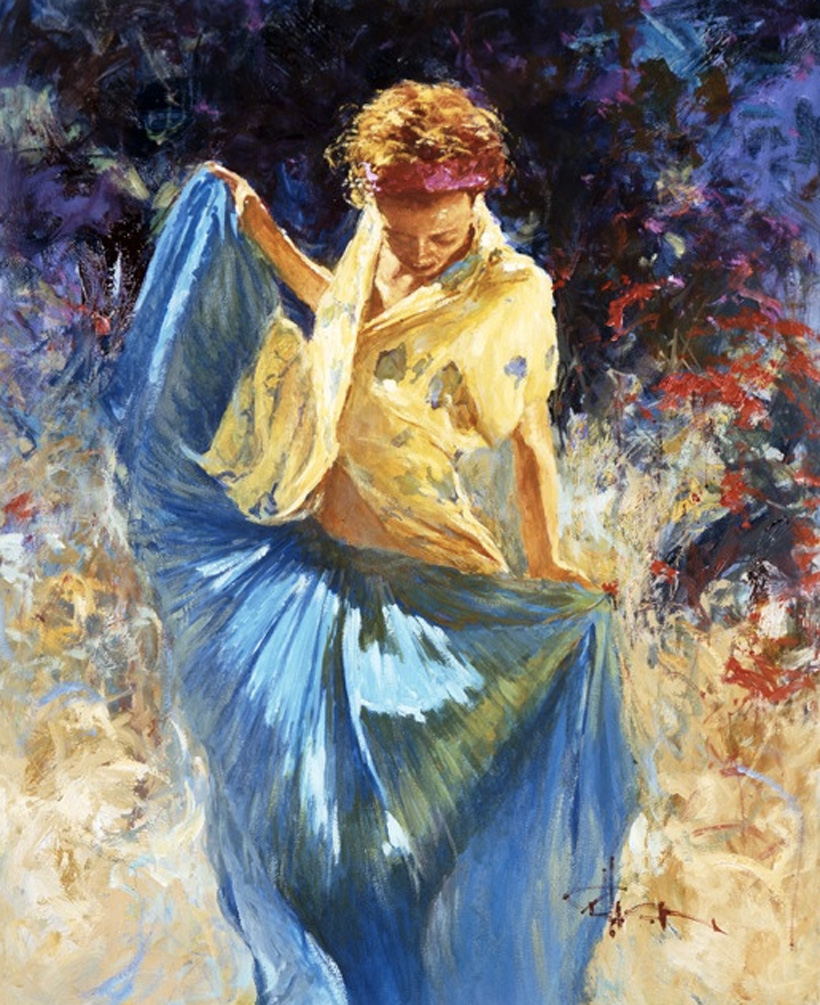 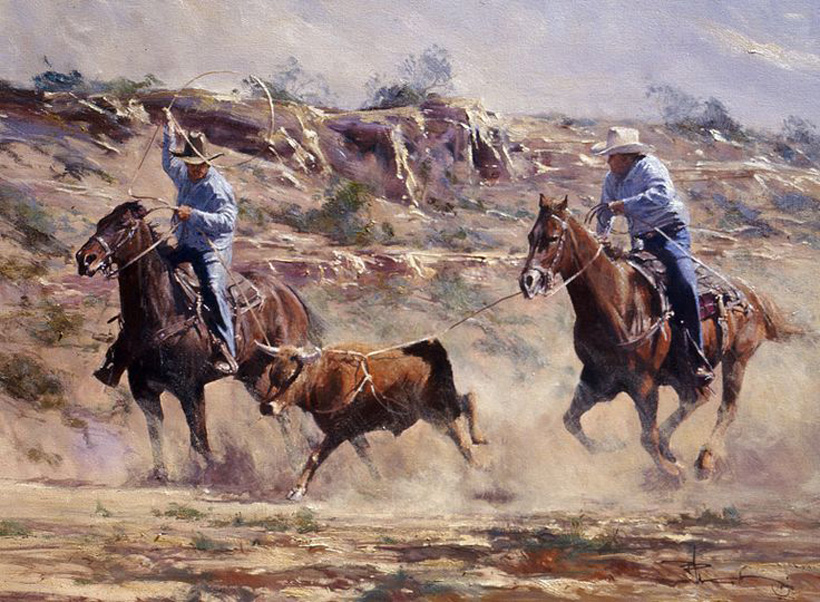 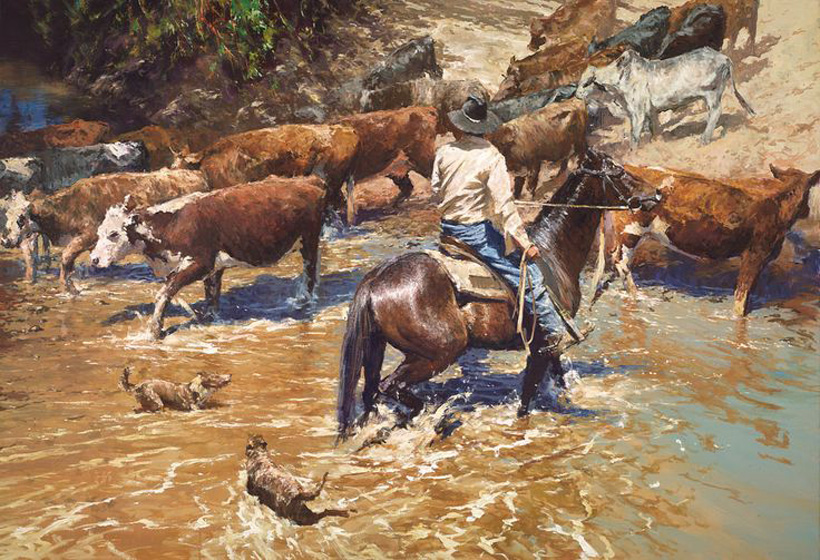 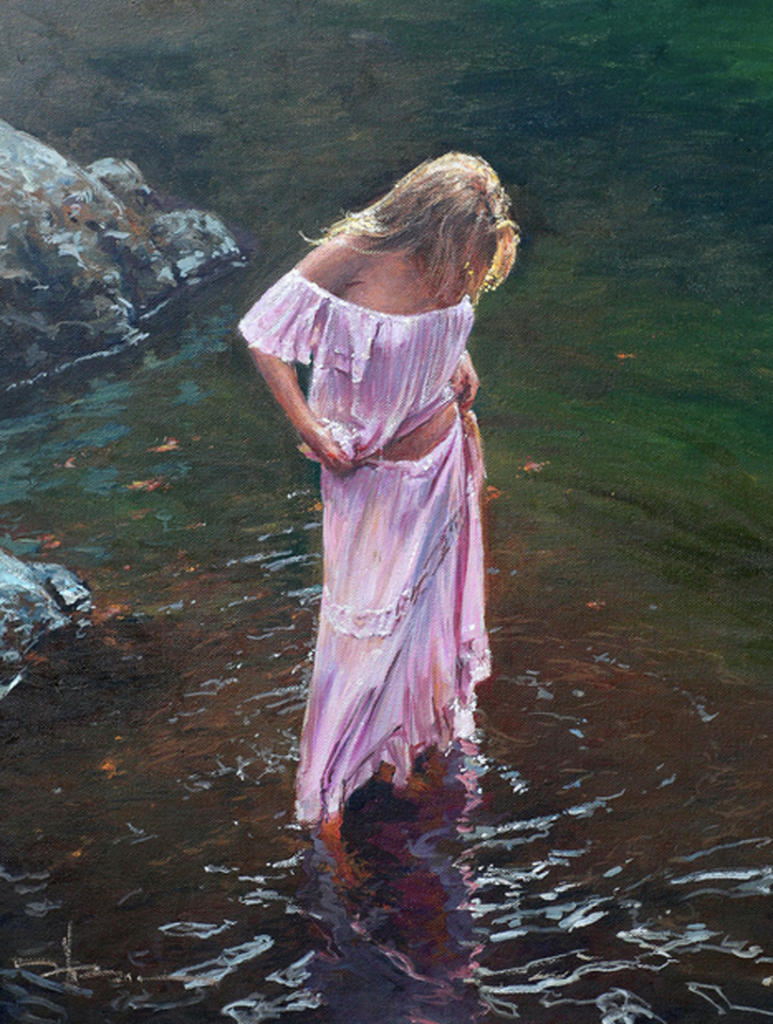 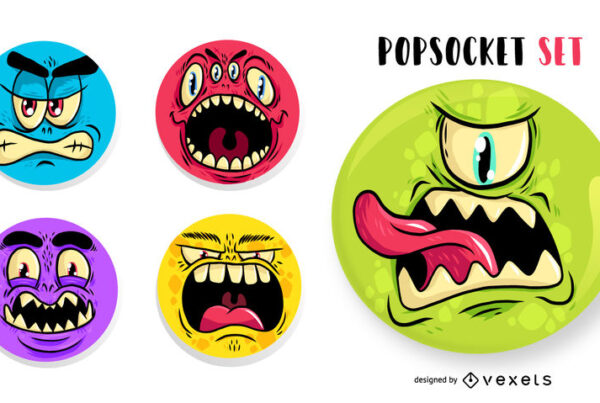 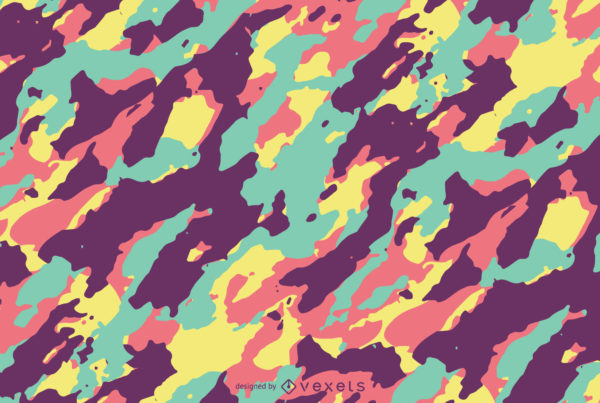